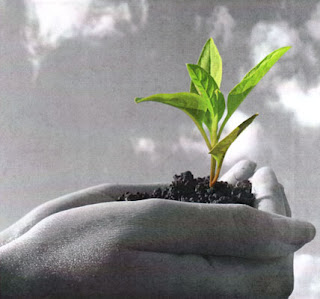 Today is part 7 of a 30 day commitment. To read about how I am blogging to change my life please read here first.

As I mentioned yesterday I had become more and more consumed with the idea of owning my own business. Being hired away from the company business had given me the confidence to believe in my instincts. The only problem was that I had no idea what I wanted to start. Everywhere I looked I saw opportunities. Every day I was consumed with new ideas and concepts. But I could not for the life of me figure out how to start doing something. I kept seeing all the obstacles in the way of actually doing something, so I did nothing. Although I was enjoying my job at Point 5, I was really beginning to feel tortured. It had turned into an itch that I couldn't figure out how to scratch.

I had read "Rich Dad Poor Dad". In the book he describes the differences between being in the "S" quadrant (for self-employed) vs. the B or "Business" quadrant. I knew that I didn't want to simply create a job for myself (S quadrant). The goal for me was to build a business that became an investment. I wanted to own a business that could eventually run and thrive without me being there. This is a lot harder that just striking out on your own to do the technical work that you are familiar with. For example, a mechanic works at a garage and gets paid $15 per hour. He sees that the shop charges customers $75/hour and decides to open his own garage. If he opens a shop out of his house, or small garage, with no employees then he is in the "S" quadrant, or self employed. If he gets sick, no money comes in. If he opens a garage and develops it into a multi-store operation with employees and systems he is in the B quadrant.

This was one of the things that I couldn't figure out. The old saying is that it takes money to make money. I believed it. I don't anymore, but I'll get to that in a minute. I wanted to be a business owner not self-employed, so I did nothing.

In the fall of 2001 I realized that Point 5 was in trouble. In the Internet start up world money doesn't work like in the real world. We would do private placement memorandums, where we would try to find a number of small investors to give us money on the promise of a big return on their investment. This is how the company got its income. Your expenses are called your "burn rate". We were burning alright, but we weren't selling enough subscriptions. I had never agreed with the owners projections on the potential amount of sales for the product and now were about to run out of cash.

Amy and I had been putting $500 a month into our mutual funds for the last year. We had been told by everybody we know that this was the smart thing to do for the long haul. It would grow to millions over the next 30 years because the average rate of return should work out to about 10%. But it didn't work out that way. The internet bubble had burst and the market was way down. When the attacks of September 11th happened the market really crashed. We were smart enough to put a couple thousand in to funds at the lowered rate the day the market opened which ended up making up for the loses, but it just didn't make any sense to me. This was supposed to be the safe thing to do with your money, but it sure didn't feel safe to me.

For some reason, I have never felt safe when it comes to money. I don't know why. Maybe somebody will over analyze me some day and figure it out. I consider it a blessing and a curse. It keeps me awake at night, but it also keeps me motivated. I think it was November of 2001 when I told Amy not to put the $500 into the mutual funds. I was going to use it to buy an old motorcycle. I told here that I'd fix it up and sell it for a small profit on eBay.

I put an ad in the local newspaper saying that I buy old motorcycles. Soon the phone started ringing. I bought a couple bikes, cleaned them up and sold them quickly. This was just supposed to be something to take place of the mutual funds, but the return on my investment was so much better I was encouraged.

Around Thanksgiving Don told me that Point 5 was done. He was really good to me and actually paid our families health insurance for the next few months as a severance package. I believe that he actually paid for it out of his own pocket. As I said before he was a stand up guy. The calls for the bikes was increasing and my little side experiment was showing promise but until this point I didn't see how selling a couple thousand dollars worth of bikes a month was going to pay the bills. It was at this point that I took myself out of my comfort zone. I told Amy that I wasn't going to look for a job. I was going to turn this little side project into my own business.

We were scared shitless. We had $10,000 in savings which was only 2 months worth of bills. A lot of people think that National Powersports was funded by family money. I have none and never did. It was started with the $500 that I was supposed to put into mutual funds. When I quit the auto parts store my Dad gave me my Dodge Dakota. That was my severance package for 7 years worth of work. Believe me, there is nothing in any will for me and I wouldn't want it anyways. On January 2nd, 2002 I formed "The Collectable Trader, LLC" which is now doing business as National Powersports Distributors.

Tomorrow I'll talk about the moment I figured out what I REALLY want out of my life.
Posted by Nathan Sanel at 12:38 PM

You know it is going to be really hard for me to not be a smart as though this process! You should also be careful with your words, you might just inspire me to start my own business! All kiding aside for the next sentence...I think this is a great project you are starting here and I hope I have the dedication to follow it along with you.

Nate,
I think a lot of people think we ALL have or had some "family money" which is really an obstacle sometimes. I have a fear of wealth to this day because I grew up so judged by the family money, none of which I ever had, expected to have or will have. I also studied Rich Dad, The Secret, Tony Robbins... always a self-advancement quest. But the bottom line is I'm afraid to be persecuted for being wealthy and it does inhibit my success... disclosure schmosure. Our family is the greatest value to me. I love my cousins and I loved my Aunties dearly, and of course, I love my Mom. Love is the single greatest "currency" out there and I am blessed. I know you share that sentiment. But, yeah, money pays the bills... :)