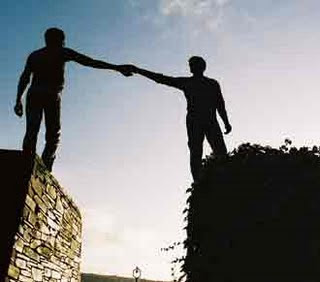 Today is part 24 of a 30 day commitment. To read about how I am blogging to change my life please read here first.

Today Amy and I hosted the 8th annual Sanel Family reunion. Most of us consider our family highly dysfunctional, but the truth is we have a great bunch of people in our camp. I was happy to have the event here at my new house and spent a lot of time preparing. Last night I prepared ribs and chicken and spent the entire day today smoking and grilling them. My brother made a killer slaw that went awesome with the ribs and the food was incredible.

My family was also incredible. Every time we do this I wonder why we wait an entire year to see each other. The kids played all day and night and the conversation was excellent.

I spent a large part of the day worrying about what to write tonight. It was a long day that I started with a 15 mile run. All day I looked for inspiration for tonight's blog. Although the conversation was great and gave me many ideas one thing just wouldn't go from my mind.

As the regular readers of this blog know, my Dad and I have had an interesting relationship. After I left his company he badmouthed me. No matter how angry you are at your parents, not much feels worse than being rejected by one of them. Over the years since I left Dad I have had periods that we talked and periods that we didn't. During the periods that we didn't I have told myself that it is his loss. One thing that I cant seem to get over is that he has no desire to know his grandchildren. He has met my daughter twice in her life and she is 9. There was a period of about two years that he didn't talk to me. Then at our family reunion 4 years ago he showed up early and told me that he wanted to bury the hatchet. He had a heart attack and I think he was realizing that he might go to the grave without ever talking to me again. It was nice to know that he still cared.

I welcomed him back with no hard feelings. For a man as stubborn as he is I was surprised that he had the courage to show up and try to make things right. I began calling him on a more regular basis and it was nice thinking that we were over the hump. It didn't change anything that he did to me when we worked together, but it was nice to think that we were both mature enough to put it in the past.

The following Holiday season my Dad and my stepmother sent the kids an incredible array of gifts. The kids were a little bit confused as to why these people who didn't want to know them were sending them such nice gifts, but they were as excited as any kids would be. Each day of Hanukkah the kids would call them and thank them for the awesome gifts. I thought everything was good.

I talked with my Dad on and off over the next year. He might have called me a few times, but mostly I called him. I kept him up to date on my running and how well the business was doing and he talked about the auto parts business.

The following Holiday season nothing came for the kids. I really didn't understand what was going on so I called him. I was worried that he sent gifts for the kids and they didn't receive them. I was kind of damned if I do and damned if I don't. If he did send gifts he would think that we were unappreciative. If he didn't he would think that I was fishing for gifts. Which I wasn't. I just thought that it wasn't fair to do that to the kids.

When I called him to ask if he had sent anything because we hadn't received it he said that this year he didn't send anything to my kids or my brothers kids. I called my brother and he said that his kids got the usual boatload. My Dad must have talked with my brother because he called me a week later and admitted that he had sent my brothers kids gifts but my stepmother didn't want to send my kids anything because we didn't send a thank you card the previous year. I reminded him that my kids called him every night and thanked him, but he didn't seem to recall that part. He then told me that my step-mother had a problem with my wife, which makes no sense to me. I told him that I would love to clear the air and get together and work though all of it. He said that we probably should do that and he would let me know when.

That was almost two years ago and I still have not got a call. About a year ago I called him, after contemplating what the right thing to do was. A stranger picked up the phone and said that my Dad had moved. Did I have his number? Did I want it? I declined. My Dad lives 20 minutes from me.

The rumour was that he was going to show up this year. He didn't. I'm 40 years old and wondering when I am going to stop caring. One thing that he has taught me is that the only thing I have control over is my reaction to the world around me. His actions are nothing that I can do anything about.

Do we ever stop needing our parents approval? At what point do we become confident with ourselves instead of being our parents kids? One of my friends who reads this blog emailed me saying that forgiveness is a liberating thing. I really wish I could get to that point with my Dad.
Posted by Nathan Sanel at 9:56 PM

Nathan,
What a wonderful time we had! What a great blog. I am so proud of you . I always ask myself the same question." Why do I need to have my parents approval?" Sadly enough it must be our up bringing. I still seek their approval. But sadly enough I still take everything heart. Most of the time I can not meet their expectations. No matter what I do. In fact my siblings act as if they are my parents and insist on asking "what are you doing? " and "why?" I often ask myself why??? why can't I be myself ?
I guess this is why we have a DYSFUNCTIONAL FAMILY.

I love you cuz!!! You have the best family. Amy,Max and Izzy I love you!

Forgiveness IS a liberating thing. But it takes a tremendous amount of self-confidence to truly forgive someone. Not self-confidence as in "you did me wrong, I'm better than you, so I'll forgive you (up to a point)" but rather self-confidence as in "we're all human, I've made some pretty bad mistakes myself, and I forgive you for yours" Its hard to get past the anger and disappointment sometimes. But forgiveness makes the world a much better place. And the universe is the great equalizer, as I often like to say, when you extend a kindness in any form to someone, that kindness eventually comes back to you, usually at a time you really need it. Forgiveness works that way. I say you should always be open to your Dad, forgive him (it doesn't matter if he is right or wrong, forgiveness is not conditional). That doesn't mean you have to chase him down and beg him for a better relationship with your family. Just forgive him and be open to whatever happens down the road.

We are here on this earth for a small amount of time. On the other side.. an eternity.

Today we learned about being a christian that saves and not a faux christian that only goes to church on Sunday, or is afraid to help because they don't "know" enough.

You are saving many with your words.Giving them a hope to dream and act on it.

Ask for help in forgiving. Eternity will be yours and perhaps your fathers as well.

Perhaps your father is a lost soul, you are the grounded one for a reason. A Godly reason.
Your quest is not there to ask for approval from your father, but perhaps maybe what you are feeling is a quest to save your dad from the misery he has caused himeself.
No one wants their parents to struggle not matter what choices they have done to hurt us.
Your vision is heaven sent, your faith as well. Forgiveness should be easy with all of the drive you have.

Keep the faith Nate, your quest is bigger than you know and I for one believe in you.
L-

This just might be a turning point for you to break a trend.... You may need this period of time in your life so that you are prepared for the future... Who knows why but I believe everything happens for a reason

Nathan,
Yes this is the time to write the book now. In the PRESENT! Do not procrastinate. "JUST DO IT"

Nate, great post. For what it's worth, my mother is gone and I STILL feel I can't live up to her standards. I agree that at least part of it is how we were raised as a family.

I will say this...you cannot expect functional behavior from dysfunctional people. Your dad has some serious issues (that are with HIMSELF, or he wouldn't behave the way he does). Please don't allow his pathology to impact your confidence in yourself and your amazing, wonderful family. Easier said than done, believe me I know.

If you forgive (him or anyone else) you forgive for YOURSELF, not for them. You forgive because that's the kind of person you are, or want to be. A hard row to hoe, but in the end, it's our relationship with ourselves that counts.

And our kick-ass family. You are 100% right...we are a unique bunch, but we are all special in our own ways.

Thanks again for Saturday : )