Life is STILL a blank canvas 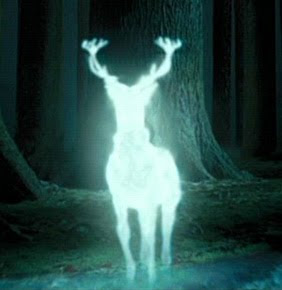 Today is part 12 of a 30 day commitment. To read about how I am blogging to change my life please read here first.

Today I received an incredible email. She told me that she recently found my blog and started reading. Her words struck a cord with me. She said,

"I have been wondering where I fit into my own life and how I have sacrificed so many of my own dreams to raise a family etc. My thoughts have been wandering to old friends, youth and times when the future was a blank canvas."

The words could have come out of Amy's mouth. Actually, the have before. I had her read the email and a big smile came to her face because it was so familiar. Amy has sacrificed a lot of her personal dreams to raise our incredible family and now really wants to get some other things done in her life. I think a lot of people our age feel the same way.

I have thought about this email all day. It brings me to something that I was going to get to soon, but now the time has come. It is hard for me to write about because I lose a lot of people here. I only have talked about it with a few close friends and Amy. It is called the "Law of Attraction". Many people have heard about "The Secret", a book that was made famous by Oprah. The book is about the Law of Attraction (LOA from this point out).

The Secret was the first real mass marketing of this idea, but it has been around for a very long time. If you read a lot of business books you will without a doubt find the book "Think and grow Rich" by Napoleon Hill referenced. This book was published in 1937. The title is a bit deceiving. He refers to Rich as having what you want, not just money. Most put it in the category of a "self-help" book, but for those who have read it and used it to change their lives it is much more than a book about being positive. There are a HUGE amount of people in the business world that attribute their success in some part to this book.

I read The Secret with some hesitation. It is really tacky, especially the movie. But some of the thoughts that it put in my mind have been really powerful and helpful. If the LOA is true, then all we have to do is think about what we want and believe it. This is where most people mess up. Any of us can imagine having $1000, but can we imagine having $10 million? If you can imagine it, do you actually believe that you can have it? If not, the law of attraction isn't that powerful. You cancel out your request by not having the true emotion behind it. It has been reported that Jim Carey wrote a check to himself for a million dollars and carried it in his wallet until he could cash it. That's belief!

The thing that gets more interesting for me is thinking about what happens when you are thinking negative thoughts. Usually negative thoughts are surrounded by powerful emotions. When your mad at somebody you are full of anger. Anger is such a powerful emotion. It works to bring you MORE anger because you are thinking about it and it is combined with powerful emotion. This has forced me to find a way to divert myself when I am angry or negative. If you let yourself believe this concept then you get scared to be upset. The longer you are upset and the more emotion you put into it the more you are bringing to yourself. That's scary! Have you ever noticed that some people just are constantly surrounded by tragedy? Or sickness? Or "bad luck"? Its because it is all they focus on. On the flip side, have you ever noticed how some people are super "lucky? Same reason.

So how does this relate to the email I received today? The hope in the words "when the future was a blank canvas" is extremely powerful. I can feel the warmth that she gets when she remembers what life was like when it was full of promise. The cool thing is that this very thought, combined with some work on deciding what she wants, might just turn things around for her. Its more than just being positive.

This is something that I have become better at. When I catch myself being in a negative frame of mind I have to consciously squash that thought or emotion with a powerful positive one. One that is filled with positive emotion. There are a couple that work for me. I have a wonderful memory of watching the snowflakes fall outside my window when I was a child. There was a flood lamp on the house above my window and when it would snow at night the light would light up all the individual flakes and reflect off them. I used to pull the shade back and just watch them fall for what seemed like hours. I remember feeling so peaceful. That's a powerful emotion.

It makes me wonder if JK Rowling believes in the LOA. In order for Harry to conjure up a Petronus he has to find the most powerful happy thought and concentrate on it as hard as he can.

There is a lot more to this than I can put in just one post. I probably will expand upon it more in the upcoming days. When I read her email I was overcome with the thought that life is still a blank canvas. All she has to do is believe it and it will happen. You can do anything you want to do. You can have anything you want to have. You have to give yourself permission to have it first.

She told me that my blog inspired her today. It really was the other way around. Thank you for sharing it with me.
Posted by Nathan Sanel at 9:59 PM

I recently came accross your blog and have been reading along. I thought I would leave my first comment. I dont know what to say except that I have enjoyed reading. Nice blog. I will keep visiting this blog very often.

Go baby, go! I love it when people get to this higher realm of thinking! It makes the hair stand up on the back of my neck. You didn't LOSE me you CLINCHED it. I know The Secret was cheesy but it was a great way to get the laws of the universe to the masses (the 80%). I know I'm not the raging financial success I'd like to be but I know my core values are intact and as I change my self-critical judgmental thinking these good and beautiful things all come to me. I have always known that I have everything I need "today". That itself is huge. It got me through a lot of loss and hurt and failure. And if there's one thing I know, fear of failure is fear of success. Blank canvas, megabucks dream list, wish list... it all eventually comes if the blockages are lifted in one's mind. When I challenge a block I always think of The Lion King, when the hyennas say "ooh, Mufasa, Mufasa, Mufasa" as if to say "bring it"! I challenge the universe to bring me all that I've feared... true love, true success...