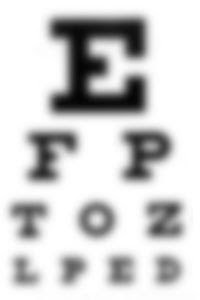 Today is part 16 of a 30 day commitment. To read about how I am blogging to change my life please read here first.

As I was driving home tonight I was looking for inspiration for tonight's post. As I passed the intersection of South Street and Clinton street I looked at a building that I have seen my entire life. It is called Modern Pharmacy. I will try to get a picture tomorrow and add it to this post so everybody can get a visual. The building looks identical to what it looked like when I was a little boy. In the window is a sign that says "Fax's - $1 per page". It is about 1500 square feet and has about 8 parking spaces. Two buildings over is a new Rite-Aid Pharmacy. It is about 15-20,000 square feet and has at least 30 parking spots. There is about 6 of these giant pharmacies in this town, not including the one in Wal-Mart and Target.

As a kid my mom drove from Bow to get all our prescriptions filled at Modern Pharmacy. The people were friendly and knowledgeable. The shelves were stocked and it was a fascinating place to be in for me. It was truly a "modern" pharmacy.

The thing that struck me today was the name on the building. Modern Pharmacy. It is anything but modern. The name almost looks comical, or like some kind of joke. It looks so outdated. The Rite-Aid two buildings down looks modern. So what happened? I have to assume that when this business was started the owners had a vision of being the most modern pharmacy. So much so that they named it that! When it comes to health, people want the latest information and the most knowledgeable staff. I am sure they had dreams of keeping it at the forefront of the pharmaceutical world.

I am going to take a guess and say that money got in the way. When money becomes more important than your vision things usually fall apart. If Modern Pharmacy's vision was something like "To always stay at the absolute front of technology, quality and staffing in the pharmaceutical world" then they never would have ended up stalled in the 1970's. And, they would be making a TON of money. They would have been the first to invest in Internet technology that streamlined prescriptions. They would have had to move to house the modern products. They would have made decisions to invest in the vision for the future because that would have been their passion. Their Vision.

I bet that what happened is that a competitor moved into town. Then another one. Then another one. Instead of staying at the forefront of their industry they started stocking less because sales were slipping. The decided that they couldn't afford a new modern looking sign to update the building. They certainly wouldn't think that offering fax's for a dollar a page would be a hot marketing technique.

This is what separates the visionary companies from the ordinary ones. A great read on the subject is "Built to last, successful habits of visionary companies" by Jim Collins and Jerry Porras. This book describes how companies who have taken leadership roles in their industries have out performed their rivals. It profiles companies like 3M, American Express, Boeing, Disney, Sony, etc to their competitors and why they have outperformed them. In each case a strong vision for the company drastically outperforms helps guide and outperform competitors for multiple generations.

The company service standards for National Powersports has one guiding principal. Tell the truth. No matter what we do, no matter what process we put in place, no matter who we hire, it always stands up. In any situation. If I decide to expand into watercraft, it stands up. If I decide to sell cars, it stands up. If I decide to change the entire marketing arena for my products, it still doesn't change. If anybody in my company runs into a situation that we don't have a guideline for, they can ALWAYS fall back to that one statement. Its the main reason that I think our company is so special. I feel like I could grow it to the biggest motorcycle shop in the world and no matter how big we get, it always holds true.

Now, if I could just get the vision for this book to that level...(but it is getting there!)
Posted by Nathan Sanel at 7:51 PM

Nate- Hi! It's cousin Becky. I've been reading your blogs and they have been very inspirational. You've touched upon many thoughts and ideas that have been running through my head over the years. There have been many directions that I have wanted to go in but I always seem to have all types of obstacles in my way - 99% of them in my head. I just need to figure out a way to clear the mental debris away and choose a path. You are someone who has been able to do so.

I have known you all my life and you are an inspiration. Your achievements so far, at the tender age of 40, put your father to shame. He pretty much had everything given him and really does'nt know what it was like to start something from scratch.

My nickel about Modern Pharmacy. It is an oxymoron. My parents have been going there since I was a kid, too. It is owned by the same family, one from Bow, the name alludes me at the moment. They haven't changed all that much inside. My parents still go there and as far as I know they are going strong. I've asked my dad why they still go there and he said that they still have excellent customer service and they are competitive on prescription pricing.

TELL THE TRUTH is an amazing foundation. Brave too, because when you really nitpick it, it's a hard thing to do! I've listened to "the Four Agreements" at least ten times and it's still a big goal to live up to... Aunt Sandy sure had it down. She'd tell it like it was no matter the outcome. She just lived like that... hope my legacy is that someday, but I'm still trying to determine my legacy. Sounds like you already found yours and it's a beautiful one. Now if the universe would just deliver to you the title of your book...