Saved from my misery. 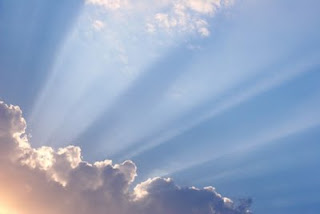 If you haven't read it already, please read last nights post before this one. It will make much more sense that way.

As I explained yesterday, I was in a pit of despair. I was taking St. Johns Wart pills because I read that they helped with depression. I was reading books like Jon Kabat-Zinn's Full Catastrophe Living which helps people in chronic pain by learning how to meditate. I was searching for a way to figure out how to live with this incredible stress that I was under.

At the same time I was working harder and harder. I had taken over purchasing, which for an auto parts store with 65,000 sku's was one of the most important jobs in the company. I had discovered a love for computers and was doing some pretty innovating things with the inventory management. I was taking POLK vehicle registration data and cross referencing it with our in stock inventory using three different programs.

As frustrated as I was working with my Dad, I loved this work. It was so innovative, progressive and exciting. When I was coming up with new ways to solve these old problems I felt electric. For maybe the first time in my life I didn't feel stupid. I had always been a C student at best, but in this capacity it didn't matter. Our computer system wouldn't do what I wanted to do so I started to explore other systems.

One of the systems that I had looked at was DST inc. based in California. I talked to the owner, Ray Stover, a little bit over the phone and explained what I had been doing and what I wanted to accomplish. Much to my surprise he jumped on a plane and flew to Vermont to see me. I showed him around our operation and then dove into some reports I had generated. I explained how I was actually predicting inventory needs as opposed to just generating order points based on past sales. I also took into account failure rates and some other factors. Doing these report was extremely complicated and Ray was clearly impressed.

Ray invited me out to lunch and as we were sitting together he looked at me, paused a little bit, then said "I'm going to get in trouble for this, but I have a proposal for you". He said that he would give me the entire system for free, but there was one catch. In two years when I "turned the industry on its ear" I had to come work for him. I tried to remain calm and composed. The system cost was $150,000, and he was dead serious. For the first time since I had been doing this I met somebody who believed in what I was doing. Not only that, he was going to make a serious investment to back it up. My Dad never showed me the appreciation that this man who I had known for 2 hours had.

I didn't know what to say. I tried to play it off and told him, "Ray, this is my family business, I'm going to own it someday. You couldn't afford to pay me what this will be worth to me" and I thanked him for his incredible offer and show of confidence.

This was a turning point for me. All of a sudden it was clear to me that my instincts had been correct. I realized that I wasn't trapped and that there were people in this world that would see that I had value. Much more value that my own family (Dad) understood. I started to change my thoughts and gain some confidence.

This didn't do much to help my relationship with Dad. By this point it was a daily bloodbath. I had lost all respect for him and him for me. We had regular shouting matches that we didn't even bother hiding from the employees. I had decided to fight back. It was terrible. My behavior was as juvenile as his. Its embarrassing even to this day to think about how often I lost my cool. It was as if I had reached a saturation point. The tiniest thing would set me off. I walked out often just so I could regain my composure.

One night during this time Amy and I had gone out to eat. We walked into this small restaurant and Dad and my stepmother Barbara were there. Dad saw us and reluctantly invited us to join them for dinner. It was really awkward. After a few drinks I decided to really make things uncomfortable and said "Dad, don't you think its time we come up with a plan to turn over the business? Its not working this way, maybe we can come up with a way that you can leave the day to day operations and I can just run it." Before my Dad could say a thing Barbara said, "Nate, I don't know what your thinking, its not like Alfred ever said you would own the place".

Holy shit. I knew that my Dad was a BS artist, but I never thought that it was at this level. The entire time he had been telling me that I would own the place and he was telling my stepmother that I'd never own it. I looked at Dad and I'll never forget the look on his face. He looked like a little kid that had been caught stealing cookies. He was looking down at his feet. I said, "so Dad, do you want to tell her what you've been telling me from day one, or should I?

I knew at that moment that I had been duped. I saw my Dad lie to everybody but I thought that I was different. I thought that I could trust him. I was wrong. The next day I called up Ray at DST and asked him if he was serious about me working for him and he said he was. He didn't hesitate for a second. I asked him if he would be interested in me coming to work for him immediately and he again didn't hesitate.

I went to work for DST for almost $100k a year. That's right, $100k a year and Ray was apologetic for not being able to give me more. I started to realize that I needed to trust my instincts and that I had more control over my life than I thought. I had more value than I knew. I took a chance and quit and it was the most liberating thing I have ever done in my life. I had broken the cycle. I realized that it wasn't hopeless.

Here's what I learned, and this has been a big one for me ever since. Enthusiasm and confidence in what you believe in will pay off. If you believe in yourself so will others. Ray also taught me that helping people believe in themselves can change their lives. This was in 1999 and I still email Ray once a year to thank him for changing my life. He is still amused that I am so grateful.

Tomorrow I'll continue the story with what happens next, and it is even more amazing.
Posted by Nathan Sanel at 9:31 PM

I think I'm finally starting to understand some of the things you've been trying to tell me...

nate, thank you for sharing this difficult story. i come from a very very toxic family and can empathize with some of your experiences.

This is all so amazing Nate!! I don't know what else to say except...I'm stunned and amazed and so incredibly proud to be your cousin : )

That's how you've come to do so many amazing things like the ultra-marathons & being a successful Dad and husband. Nobody taught you how to do that the right way - it was all you, baby!

This is phenomenal. Keep it coming!