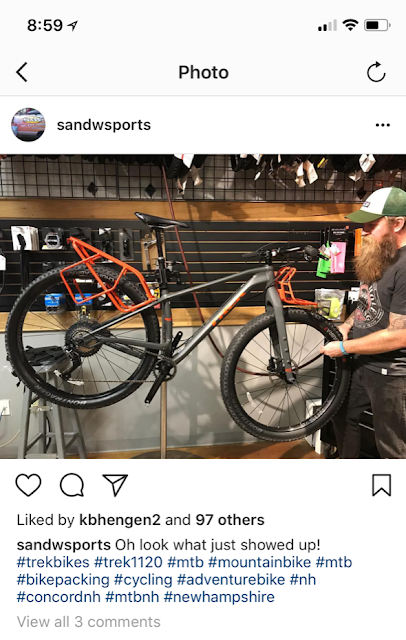 So I'm just scrolling through Instagram and I see the above pic.  Whoa, what is that?  A 29+ Bikepacking bike with the coolest rack system I've ever seen.  So I look it up on Trek's website and check it out. 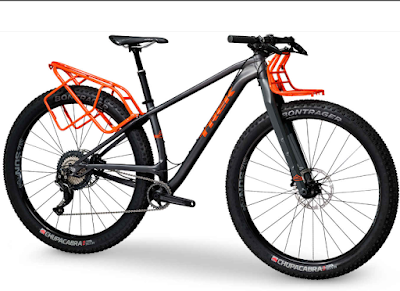 Now I'm seriously intrigued.  In 2016 I got a Cannondale Slate and began to do solo Bikepacking trips. I absolutely love that bike and had already been planning more long trips this year.  But I've also been looking into some longer off-road rides.  Specifically, the Green Mountain Gravel Growler.  The Growler is a 248 Mile ride with 21k of elevation gain/loss.  As you might have guessed, it is based on a tour of some of the best breweries in the world, all located here in beautiful Vermont.  I've been ok doing all kinds of off road stuff on the Slate, but the allure of a bike that could take more gear and have it better attached to the bike was overwhelming.  I had to do it.  My friends at S&W took good care of me as they always do.

I'm not going to get into all the geeky details of the bike.  You can find that anywhere on any review.  The specs are on Trek's site, but here it is in a nutshell.  The bike is a rigid 29+ using the old Trek Stache as a starting point.  Trek lengthened the dropouts (with the stranglehold dropouts so you can adjust wheelbase), added a carbon "suspension adjusted" rigid fork, a super cool back holding rack/system, and a dropper.  It has weird handlebars.

I picked it up yesterday and was so excited to ride the thing. I couldn't wait for this morning.  My plan was to ride a new route to my camp in Wheelock, have a cup of coffee and lunch, then ride home.  Round trip is about 30 miles.  Temps were in the low 30's but expected to rise to the mid 40's.  Before my ride I aired down the tires to 10lbs, figuring I was going to be riding mostly on dirt/mud/ice/water and that would give me a good baseline.  Turns out it was the perfect pressure.  I had amazing grip all day, but the bike still rolled well.  I never touched either tire all day.


I strapped my snowshoes to the top of the rack, figuring that I would need them to get up the final hill to the camp.  I also took a drybag and stuffed a bunch of shit in that I knew I wouldn't need, but I wanted to test how solid the front rack is.  I changed the seat out with one I know works.   I also managed to fit a Revelate frame bag from the Slate, although it doesn't fit perfect, it worked fine.  I put all my tools and stuff I usually carry in my backpack into it.  For today I wanted to test only having the water I need (I took 3 liters but didn't come close to drinking it all) in a small running backpack.  Last year I found using a backpack really sucked by the third day of a ride.  This year I'd like to either only carry water, or figure out a frame location and carry it on the bike.


As I left the house I was super cautious.  The driveway is steep and it was icy!  It was only a few miles in when I began to realize how good the traction was with the 3" Bontrager Chupacabra tires.  My biggest worry with how this bike would ride was the lack of suspension.  I spent the last year recovering from shoulder surgery, partially caused by slamming a root when I was tearing ass down a trail on a rigid fatbike.  Todays ride eased those concerns.  There seems to be enough bounce from the tires to smooth a lot out.  I'm pretty psyched.

The ride to the camp was awesome.  The new route I planned was really pretty and the bike performed remarkably well in the snow and ice of the morning roads, then the softish snow on the snowmobile trails, then in the super wet and muddy conditions on the ride home.  All the components worked flawlessly, but I really don't like the cheap feel of the shift lever.  I will be replacing it with a XT one soon.   The jury is out for me on the handlebars.  For the first half of the ride I liked them a lot, but by the second half my shoulder started hurting.  I might try a more traditional MTB setup on another ride to see how it feels. 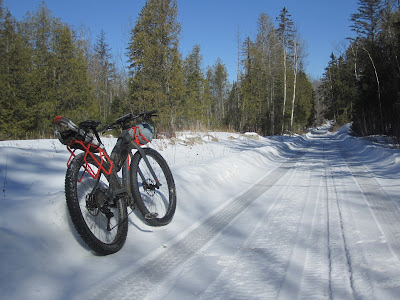 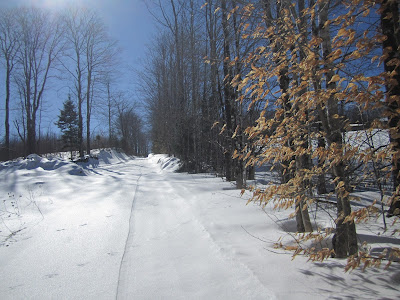 So, I ended up riding a slow 30 miles with 4200ft of gain.  It was actually pretty tough, but I love that!  I took a ton of pictures and I wasn't in a rush.  Although it is slower than my Slate, this bike is going to get a ton of use this year.  Next up is a test of the rear bags holders.  I'll report what I experience in the near future.

Here are some more pics from the day.  Thanks for reading! 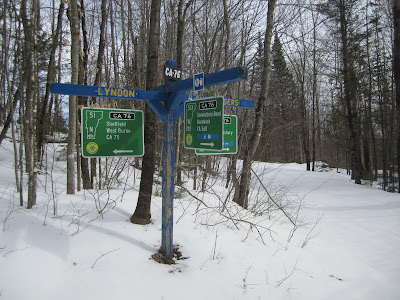 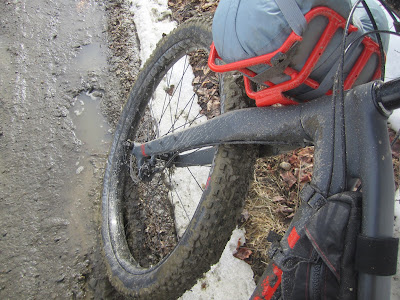 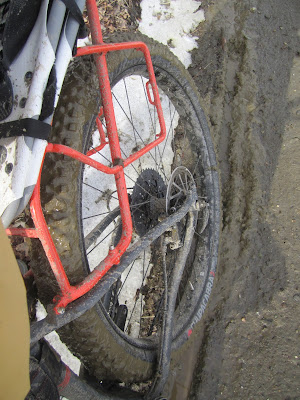 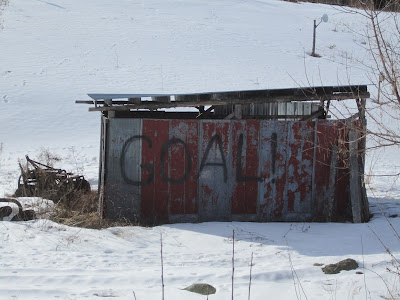 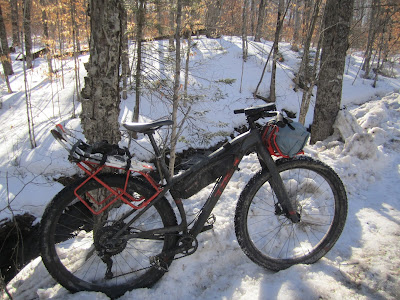