Eating Vegan - Part II - a days worth of food

When my wife Amy read my post last week on eating Vegan she looked at me and asked me why I didn't write the entire story.  Sometimes when I write it flows so quickly that I miss a lot of details.  Amy's family has a very long history of heart disease.  Even though she exercises and eats very well, she is always trying to do what ever she can to ensure that her heart stays healthy.  We talk a lot about genetics vs. environmental causes on our health.

Recently she went to her Doctor to have a full blood-work done.  She wanted to know if her diet and exercise program were keeping her healthy.  She was happy to see that her overall Cholesterol was at 160, but shocked when her Dr. wanted to put her on a low dose of Lipitor because her LDL was 80. Her Dr. wanted to see it at 70 or below. Amy flat out refused to accept the prescription.  From what we have researched, taking Lipitor as a preventive measure shows no effectiveness and can actually cause a ton of physical problems.  I am not going to go into a long post about our medical system, but I can say that it is a shame that we only look at medicine as a way to cover up the underlying reasons for health issues.  Its way easier to take a pill than to discover the cause and modify our habits.

After watching "Forks over Knives" and reading a lot about how animal proteins affect our bodies, Amy decided to eliminate almost all of it (she still eats a little fish and can't live without some milk in her coffee) for a 8 week period and then have her blood work done again to see the results.  She is going back next week, and can't wait to see if it helped.

During this period I decided to do a detox and go back on the no sugar, wheat, etc..Ultrametabolism diet.  Since it eliminates all dairy and many animal products I joined her doing the Vegan thing.  As I posted last week the results for me were very surprising.  At this point, I have no plans to stop eating Vegan.

This is just one days worth of food, but pretty representative of how I eat now.  Of course there are a lot more things that we eat like lots of fruit, veggies, quinoa, etc.  It takes a lot of time to eat like this as almost nothing comes out of a box.  But, it is so worth it. 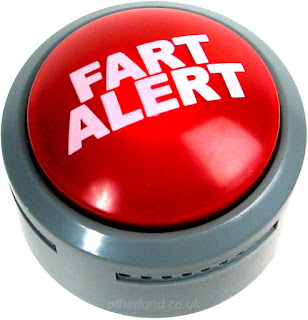 Readers of my blog might remember a post I made in September of 2011.  I wrote about discovering Dr. Mark Hyman's book, "Ultrametabolism" and how I went from 170 pounds to 146 pounds in 6 weeks.  I raced the Leadville Trail 100 2 months after reading the book and finished in 37th place out of 600.  Here is a link to that post.

For those of you that don't want to re-read all that, here is the diet in a nutshell.  Eliminate all sugar (except fruit), caffeine, gluten, alcohol, dairy and meat (besides lean chicken, turkey and lamb).  You do this for the first 30 days then gradually add back in grains (whole, not refined), alcohol (sparingly) and dairy.  This allows you to find out which foods are causing inflammation in your body and what you have intolerance to.  You can have dark chocolate, but reducing sugars is something that you strive to do forever.

After my race season I relaxed quite a bit on the diet, but did make some changes in how I eat overall.  Over the holidays I let things slide and don't worry so much about my weight.  This year I slowly watched the definition in my body go away and my weight slowly crept back up.  I never let it get above 160, but it hovered between 153-158 pretty consistently.

After my DNF in last months Traprock 50K I decided that if I wanted to produce good results this year I needed to get serious about my diet again.  Since the Ultrametabolism diet worked before I assumed it would again.  I decided that I would add one more twist as well.  Rather than just eliminating dairy, I would also eliminate all animal protein.  Yes, I went Vegan.  Actually it would be more accurate to say I went Sugarfree, Glutenfree Vegan.

This last Monday marked 30 days that I have eaten a 99.9% plant based diet.  The only exception I have made is that I have continued to occasionally eat Sushi.  I have nothing against eating meat.  I have no problem killing animals and eating them, as long as it is not wasteful.  I made the decision to eat this way purely to see how it would effect my running and racing.  I have several friends that are Ultra runners that are Vegan and they swear that it has a positive role in their success.

So after 30 days I am writing about this because I am blown away.  I have never had something make such in impact on my running.  The one major thing that I can't get over is my recovery.  I'm just not sore the next day after a long run.  The most common comment when you talk about eating a plant based diet is that you can't get enough protein, especially if you are an endurance athlete.  I am not finding that to be the case.

In the last 3 weeks I ran every day (almost 250 miles) with zero soreness and very little fatigue.  I have gone from 153 to 145 pounds and I'm eating like a horse.  I'm getting very lean, even though my diet consists of a LOT of fat (avacado's, nuts, olive oil, etc).  This Thursday I entered a local 5k.  I have done zero speedwork this year, but I managed to place 12th out of 6000 runners and walkers.  I set a new PR by over 30 seconds (17:49) and took 3rd in the 40-49 age group.  This came as a total surprise.  I have no other explanation to turn to except my diet.

The hardest part of this diet was giving up sugar.  It took a few weeks before the cravings went away. Sure, I would still love to have a bowl of ice-cream, but I'm not jonesing for it like I would have before.  Not eating meat has been easy.  Not eating cheese has been a little harder.  Not eating eggs was really tough.  I love eggs!

I have actually been taking a lot of flack for eating this way.  I have been told to eat a cheeseburger or turn in my man card.  People seem to think that I am attacking the way they eat by talking about how I am eating.  Nothing could be further from the truth.  I'm hoping that my regular readers who have been interested in my running might use this as a little food for thought.  The most common question I get asked about this diet is why?  "You run so much and are so fit, you could eat anything you want and you will burn it off".  I don't believe that.

I'm not doing this to reduce calories or lose weight, although when I started I wanted to get down to race weight (150 or so).  I stopped eating sugar because I have seen enough evidence to believe that it plays a major role in heart disease and cancer.  Yes, I really believe that.  If you are not laughing your ass off right now, thinking I'm nuts, then check out this link.  The video is a presentation by Robert H. Lustig, MD, UCSF Professor of Pediatrics in the Division of Endocrinology.  You might have seen him on 60 Minutes covering the same topic.  Watch the entire 1 1/2 hour if you really want to see the scientific reason that sugar is poison.

I also am curious about the connection to cancer and animal protein.  Again, if you are interested, watch the movie Forks over Knives.  Based on a study done in the 1960's called "The China Study" there is very strong evidence that the government really botched up it's recommendations to the American public about the amount and type of protein that we need to survive.  In fact, the evidence shows a link between cancers and animal protein.

I am simply exploring the connection between what we put in our mouths and how our bodies react.  What I thought was going to be a 30 day detox/experiment has turned into a real surprise.  I didn't expect to actually feel this different.  I didn't expect my running to be so positively affected.  But I am excited about continuing down this path.  I would also love to hear from any of you that have had similar results, whether it is from becoming a Vegan or any other change you made to your diet.

But I would really love to hear from some other Vegans about the farting.  Holy hell this diet gives you a lot of gas.....
Posted by Nathan Sanel at 7:53 PM 14 comments: