Years ago, not long after I started running,  I developed Plantar Fasciitis in my right foot.  After months and months of PT, ice, deep tissue massage, etc it went away.  Having PF and then later Anterior Tibial Tendonitis was the catalyst for my search for better shoes and more knowledge on how running form can cause/prevent injuries. I changed my stride, started wearing less supportive shoes, increased my foot/ankle strength and the injuries went away.  Just like you read about in all the hippy crunchy minimalistic blogs!! 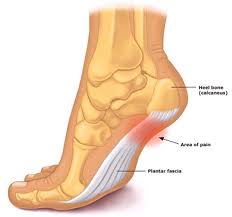 So imagine my surprise when it recently reared its ugly head again, this time in my left foot.  This can't happen to me, I thought.  I run in minimal shoes!  I lost weight! I became Vegan!  I grew my hair out.  I eat goddamn chia seeds!! In spite of all this, it has become worse and worse.   (Maybe I shouldn't have cut my hair..).

The one thing that has kept me running has been the use of my Hoka One One Stinson Evo shoes.  I have a serious love/hate relationship with Hokas.  I have tried every model they have, some with more success than others, but have never really drank the cool aid.  I have so wanted to believe in the idea that a shoe will let me run hundreds of miles without any discomfort, but the reality has been very different.

A little personal Hoka usage history, before I get to the Evo's.  My first pair was a pair of the Mafate's.  Absolutely the worst upper I have ever used.  Blistered within 3 miles of first run.  I tried for about 100 miles to like them, but eventually I cut off the uppers and grafted the soles onto a pair of Altra Instincts which I wore for the first 47 miles of the VT 100 that year. Next I tried the Bondi B's.  Much better upper and the sole is softer.  I really like these shoes and use them mostly for shorter, less technical runs.  They are much more flexible than the Mafate's. On the negative side, the sole has a road based pattern and the upper is hot (doesn't breath well).  I would never wear these for a 100 mile race because when they are wet they weigh a million pounds and take forever to dry out.

As much as I want to wear these shoes for long runs, there is a pattern that happens to me every time I try.  It goes like this.  First 5 miles, I am loving it.  Every step feels like I'm running on a cloud.  I start thinking about running 100's of miles of roads because my feet feel so good.  After 10 miles I still am happy, but notice that my feet are wet and my hamstrings are starting to feel overly fatigued.  After 20 miles my feet are still wet, my hamstrings and glutes (especially my periformous) are starting to scream at me and I am way over fatigued.  Now the soles of my feet are starting to ache, like somebody has been squeezing and releasing them hard every 3 seconds.  By 30 miles I swear I'm never going to wear them again and I'm an idiot for thinking that a shoe could fix all my running problems.

Even after all of that history, I just couldn't help myself from buying a pair of the Evo's.   I was lured into it by the off road tread pattern and the much improved upper.   On my first run I couldn't believe how much firmer they feel vs. the other Hokas.  Like all Hokas, the toe/heel drop is only a 4mm difference so running with a mid foot strike feels very natural.  What is completely gone is any ground feel.  As you can imagine, running with a huge slab of foam under your feet eliminates any propriacipitation. The firm feel seemed to eliminate the fatigued feeling I get in my feet from the softer Bondi's. The big suprise for me was how comfy the upper is.  Even though the toe box is a bit narrower than the Bondi B, it has more room above your toes and my feet don't feel trapped.  I would still like to see a wider toe-box, but I have been able to live with this one.

After doing several shorter (10-15) mile runs I decided to give them a test.  After running 10 miles in the morning I worked all day, came home and ate supper, had a few drinks, played cards with Amy, and then went out into the night and ran 30 miles of pavement.  Besides a very minor pinky toe blister, they were awesome. For the last two weeks I have only done one run in any other shoes (got a pair of the Salomon S-Lab Senses - HAD to try them for a 20 mile run).  I wore them this last weekend for a 7 hour 26 mile mountain/trail run with no problems.  I have even hiked in them and found them to be a great hiking shoe.

Some days my foot hurts so much I can hardly walk, but every time I slip on these shoes I am able to do my training runs.  I much prefer the feel of a super flexy, almost not there shoe, but these shoes are letting me get in my 80-100 mile weeks before VT100. I'm not sure that I would even be able to run with out them.  Thats good enough for me!

In summary, here is my Pro/Con list for them:

Cons:
- Heavy.  Sure, they are not nearly as heavy as they look, but I'm used to wearing 6-8 oz shoes.  These are more like 10.  Not that big of a deal.
- Warm.  It would be great if Hoka would come out with an upper that was more in line with other trailshoes.  That being said, these are by far the best of all the Hokas.
- Tall.  Be careful while getting used to Hokas.  They are tall and when you do roll an ankle you have further to go.
- Drainage. They just don't drain well enough.  They are WAY better than the other Hokas though.
- Ugly - Honestly, these things are fugly.  It's hard not to think people will point at you and laugh at your clown shoes.
- Expensive.  $170 for a pair of shoes is a LOT of money.

Pros:
- Comfy. Running on pavement feels like running on trails. It really does feel like your running on a cloud. Rocks and roots disappear.  You can bomb over anything in your way.  It's liberating!
- Fun. It's hard not to smile when you run in these things.  It sort of feels like cheating.
- Quick Recovery.  You just don't feel as beat up the next day when you run in Hokas.
- PF BEGONE!! .  These shoes are keeping me running through my injury.  At this point that is good enough for me.  I have read a lot of reviews from people saying that these shoes saved their running when injured.
- 4mm Heel/Midfoot differential.  Even without having any ground feel, you still run with a minimal forefoot/midfoot stride.  If you want to heel strike in them you can because of all the cushioning, but if you are a midfoot striker you can still keep the heel off the ground.
- Traction - The best traction of any of the Hoka models.