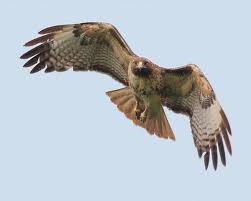 After the last update from the Western States Race committee I began to freak out a bit.  Everybody who is running the race is holding our breath waiting to see what we are going to be running for the first 30 or so miles of the course.  The Squaw Valley area has received the biggest snowfall in their history and the runners don't know if we will be running a modified course.  If so, then what does it consist of?  In the update we were told that there are several options that are being explored, but we most likely wont know until the day before the race.  We were told to expect to run the first 30 miles in snow.

Now snow doesn't really worry me.  I run all winter long in snow and on the packed snowmobile trails.  The part that does worry me is that I have never run in snow with my Altra shoes.  I have no idea how they will perform.  Considering the road based tread, I'm guessing that they won't be so great.  It is also against the rules to use any traction devices such as my beloved YakTrax.

Keeping this in mind, I decided to do some last minute exploring of shoe options.  Truthfully, this is really a stupid thing for me to do.  Its not good to start second guessing my game plan this late.  The one other shoe in my staple that is very similar to my Altra Instincts is my Inov-8 flite 230's.  Knowing that they make a more aggressive version I decided to see if my local Inov-8 dealer had a pair in stock.  The shoe is called the X-Talon 190. 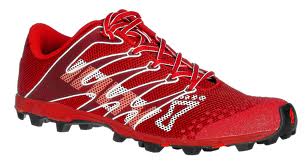 As luck would have it, they had a pair in my size, and they were on sale too. Good sign, I thought.

In the afternoon I decided to take them out for a little 5 miler in the woods near my house.  It was a nice run and the shoes felt great.  I was really focusing on how they felt and what type of traction they had when all of a sudden I heard a hawk screeching at me from the trees.  It was making quite a racket and I just kept moving.  All of a sudden it swooped down and dive bombed me, coming about 5 feet from me directly overhead.  Obviously I had gotten to close to its nest and this time of year it would have babies.

At this point I was simply a little freaked out and thought that was the worst of it.  Unfortunately I was wrong.  It repeated its little dance about 3 more times as I ran faster and faster through the trail.  The trail is a tight twisty trail through densely populated forest.  I was only about 1/2 a mile from the end before it dumped out onto the main road.  My nice little run had turned into a track meet with me doing the 50 yard dash to get away from this rat with wings.

I had just realized that the screeching had stopped when all of a sudden it felt like somebody slapped my in the back of my head and I felt claws dig into my scalp.  The thing actually grabbed my head as it smacked me.  NOW I was freaked out.  I started yelling at it and reached down and grabbed a big stick.  I really didn't know what to do.  With one hand holding the stick up, the other feeling my scalp to see if I was actually hurt I ran like an Olympian to the end of the trail.  I was now prepared to play "hawkball" if I had to, but luckily it retreated once I was out of the woods.

Still shocked at what happened I could feel that my head was actually bleeding.  I was trying to figure out if it was just scratches or if the thing actually cut me badly.  Just a couple hundred feet up the road a nice young couple was pushing their baby in a stroller and I stopped to ask them if they could help.  Both of them kind of looked at me with concern as I told them of what just happened.  They told me that I had blood dripping down my face.  They also looked at my scalp and told me that it was cut, but didn't look like gashes.  The lady offered to drive me home, but I knew that I was only a mile from the house.  I thanked them and told them it wasn't necessary.

It turns out that there were just three scratches on my head and they weren't deep.  The next day as a precaution I went to the doctors to make sure.  They gave me a tetanus shot and sent me on my way.

I think I'll leave these shoes at home...
Posted by Nathan Sanel at 7:37 PM

Wow, glad you're OK. That's one I've never heard before!

What kind of hawk?

I am pretty sure it was a red tail hawk.

Pretty scary stuff man.
Maybe it was jealous of your red shoes :0]

WOW....that beats my coyote story this winter. Good Luck next weekend in CA. I'll be cheering you on. Keep those feet dry and blister free.