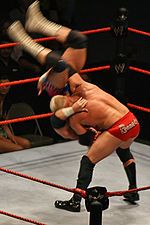 In my last post I revealed my decision to enter the Grand Slam of Ultrarunning.  Four 100 mile races in four months seems like a pretty good BHAG to use to illustrate the process of getting what you want.  I made that post a few hours after I made the mental commitment to do it, but it seems that I was a bit premature.   The fourth and final race of the slam is the Wasatch 100 in Utah.  It is probably the hardest of the four and to enter the race you have to submit your name (and entry fee) into a lottery.   I had briefly looked at their website and saw the part that said that Grand Slammers would be allowed to run the race even if they didn't get into the lottery, provided that they had finished the three previous races and their quest to complete the slam was still alive.  What I didn't notice is that the deadline to enter the lottery was January 9th.  The lottery is being held on February 5th.

I emailed the contact link on the website and explained that I had just decided to do the slam and was wondering if I could still put my name in, even though they closed the entries 13 days earlier.  I figured that since Grand Slammers were allowed even if they don't get picked that they would extend me a little latitude.  I was wrong.  Way wrong.  After many emails back and fourth it has become clear to me that there is no way I am getting into the race.
﻿ At first I was pretty bummed.  I really want that finishers eagle trophy!  I want the prestige that comes with doing something that very few people have done.  Then I remembered why I decided to do it.  I want to document the process.  I want to share the ups and downs that happen when pursuing a dream.  At this point I have two choices.  Quit and chalk it up as it just not being the right time.  I can do it in the future when I get accepted into Western States again, right?  OR...I can just use it as the first obstacle getting in the way of making my dream reality.  That's the reality of pursuing a dream.  It never goes exactly as planned.  I have learned that lesson many times in growing my business.  Sometimes the best things come out of a twist in the road.

With this in mind I am in the process of picking a fourth race.  It will be equally as difficult and within a week of Wasatch.  At this point I'm leaning towards "the Bear", also in Utah.  I'm even toying with the idea of running a 5th race the month after just to put an exclamation point on my Super Slam.  Maybe I'll even organize this new slam and come up with my own trophy.  Maybe others will want to participate.  Maybe it will turn into something great.  The only thing that matters is that our attitudes towards life's little twists make a huge difference in what we get out of this life.  I am still bummed about not doing the official Grand Slam, but its not going to stop me from moving forward with this dream.
Posted by Nathan Sanel at 8:14 PM

Nate - I do commend you for continuing to pursue your dream despite that being able to partake in the traditional Grand Slam. You are correct though that the real prize is the journey and not necessarily the trophy at the end. As you know there will be many twists and bumps in the road, but take each individually and you will achieve your wildest dreams. I look forward to following your adventure as I can learn a lot about you and myself. Hope to see you soon!