Two week ago I went up to the White Mountains and for the first time, I tackled several climbs alone.  Usually I go with friends a few times a year, and since they have so much knowledge of the area I don't pay much attention.  I just follow them and enjoy the views.  But knowing that I have to start training on harder terrain I decided to take the plunge.  After all, what's the worst thing that can happen, except for getting lost and dying of hypothermia...

As it turns out, I had an incredible day.  Both for the sense of accomplishment of finally doing something I've wanted to do for years, but also because it was just a beautiful quiet day of being alone in the mountains.  I decided to climb two of the 48 4000ft peaks, Cannon and Tecumseh.  Both are fairly short (5 miles each) with about the same elevation gain and loss (around 2500 ft).


I was wearing my New Balance MT110 Winter's with Microspikes, which was a perfect setup.  The trail consisted of lots of ice and a layer of new snow over the top, more so as the elevation rose.  I had a little bit of a hard time at first since I was the first one on the trail and took the wrong entrance at Cannon.  After a mile of bushwacking I crossed the trail and it was much easier from there.

On the way down from the first climb I noticed an old familiar feeling in my right lower shin.  Its an itchy, achy pain that hurts when my ankle is fully flexed upwards, and lesser so but still present when fully flexed the other way as well.  I decided to ignore it and drove to Waterville Valley to hit Tecumseh.  It didn't get any better.  As you might suspect, it got a lot worse on the climb up.  Obviously the steep incline of the trail, possibly combined with the very tight fitting "boot" built into this shoe, was a combination that my shin didn't like. 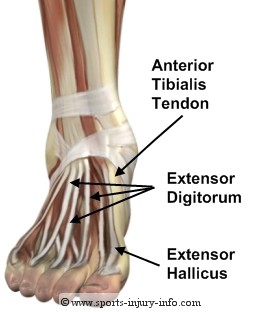 My old friend, Anterior Tibialis Tendonitis is back.  This is a chronic problem that used to plague me years ago, and hasn't really reared its ugly head for a while.  The Tibialis anterior muscle is the large muscle that runs down the shin.  Inflammation of the tendon sheath can cause pain at the front of the shin.  It is terribly uncomfortable and feels like you have your shoes tied way to tight over the top eyelets.

Knowing that I have to train harder than ever to compete in the Tahoe 200 I am kind of freaking out.  But I have some powerful weapons in my corner.  Brett Coapland from Performance Health and Peter Larson from Runblogger (who also has an office and does gait analysis at Performance Health).

I've seen Brett twice so far and I plan on seeing him until this gets fixed.  He is the one who fixed it the last time, and I have full confidence in his ability to help me again.  He uses a combination of ART (Active Release Therapy) and a form of acupuncture called dry needling.

Peter helped me the last time by suggesting that I change my stride.  This lead me to discover running in more minimal shoes and leaning how to be more of a mid-foot striker.  I wrote about this transformation almost three years ago here on my blog.  This time, Pete took some slow motion video to see if it once again might be a striding problem.  We are going to take some more video this week in different shoes for more analysis.  The good news is that the video showed that my stride is pretty efficient and at this point not seeming to be the problem.


I feel compelled to give them both a shout out here on my blog.  I am a non-professional recreational runner.  These two guys make me feel like an Olympic athlete that needs to get fixed for the big race.  I have the utmost confidence that with these guys in my corner that we can nip this in the bud.  If you have a sports injury and you live anywhere close to Concord NH you should give them a call.  I can't say enough good about them. I'm very lucky to call them friends.

Sorry to hear about the injury. Hope you feel better soon.

I was wondering if Pete mentioned anything about the width of your gait in the video. It seems like you are toeing a line. I'm not a pro or anything but I have found that if I focus on striding a little wider and pushing from my butt, it gives me another "gear" and makes my stride feel that much more effortless. It also feels far more stable. I imagine a hockey or speed skater pushing off to engage the glutes. To me it feels like my feet don't roll as much when I do that. It may take a bit of the strain off the dorsal connective tissue. Your mileage may vary but I figured I'd mention it.

Thanks and good luck on the recovery,
brad
durtyfeets.com

Hi Brad,
Pete actually did point out the width of my stride, which is very narrow. Some of the injuries that may cause, like ITB issues, I've never had. Since that was the case he said it wasn't something that I really need to focus on. Nice catch though, especially because it's hard to see from the front.

Sorry about your injury. Do you think it could have been aggravated by the MT110's?
I experienced some similar twinges, though not nearly as serious as yours, while training in those. After I switched footwear it went away. Might have just been coincidental though.
Hope you get better soon and congrats on getting into the Tahoe 200! I can't wait to hear people's experience in that race. It sounds extremely intriguing. Good luck!

Jeff,
It could have been, but it would be strange if that was the case. I have used that shoe many times without any trouble. I have stayed away from them since it flared up and things are getting better. But I think that's primarily due to changing how I'm lacing my shoes and the work that Brett is doing. I'm pretty excited about the Tahoe 200 too! Thanks!

Hi Drew,
I should have a review up soon. I have almost 100 miles on them and they are excellent. Awesome traction, great grip, better toebox than previously. I'll know better once the weather turns, but I think they will be the substitute for my beloved MT100's. I really like them.
Hope that helps until I get the full review up.