RANH part II - Into the Night

This is Part II of my report of the Run Across New Hampshire.  For part I click here.

It was now 6pm as Team Robert gathered up their gear I said my goodbye's and thank you's to my family.  It was starting to get cold and the sun was rapidly setting.  I was really sad to see my family go, but at the same time I felt like I hit a milestone by reaching the hand off point for the last section of the run.  Only 50 miles to go!

I changed into my Hoka Bondi B shoes.  My Brooks Pure Grits had worked great for the last 40 miles, but I was just looking forward to the extra cushioning that the Hoka's give.  We said goodbye to the girls, and then Josh and I took off down the Goffstown rail trail.  As we ran into the dark I felt a sense of relief to be running with somebody.  Our conversation flowed like water and I was very thankful to be running with Josh.  We marveled at the trails steep drop off and my shin was feeling much better since changing shoes.  I was very optimistic that this would be the year that I finished the run!


By the time we finished the rail trail and headed into Manchester it was a little before 8pm.  I was in great spirits and running with Josh was really helping the time fly by.  As we ran though the upper village towards the bridge we joked about how nuts we looked.  As people walked into stores they seemed a little confused by seeing two guys with backpacks, reflective gear and headlights running through town. 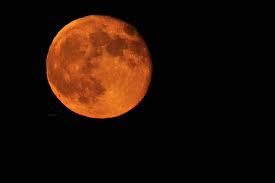 When we hit the long hill going away from town up Bridge street we decided to just walk.  I had forgotten how steep that hill gets!  Again I struggled with having patience.  It seemed like it was taking forever to get up that hill.  As we got near the top the moon was incredible.  It was almost full and it was HUGE.  It really looked like the moon was sitting on top of the hill.  Little things like that really distract me from how my body feels when doing a big run like this.  I try to appreciate those moments as much as possible and when I do I kind of forget the physical pain for a moment.

As we got to the top of the hill Leah was ready with food and drink.  I hung out there for a while and was getting pretty tired.  Grant decided to run with me for a while and Josh took a break.  I had only met Grant once.  Last year in the winter all of us ran the Goffstown rail trail together.  Grant is a really nice guy, full of enthusiasm for running.  As we made our way over to the rail trail we got to know each other more and talked about shoes a lot.  It turns out that he reads my blog and knew a lot of things about my life from it.

I was getting more and more tired and I don't think that Grant had ever been with somebody who has already run almost 70 miles.  I was getting grumpy which anybody in my situation goes through.  At one point I said something about getting tired or my feet hurting...who knows...and Grant said something like "Don't worry my job is to just keep you going".  For whatever reason I snapped back at him and said "No...that's not your job!  This isn't a race and I don't need anybody to keep me going!"

Things got a little quiet after that.  This is why I've stopped using pacers in races this year.  When you run all day and night you get raw.  As much as you would like not to, you sometimes just don't have the energy to control what comes out of your mouth.  I felt bad later when I found out that Grant said something to Josh about it.  Josh laughed and told him that was part of the deal when you help somebody do something like this.  In Ultras there is a saying that Crew stands for Cranky Runner Endless Waiting.  It's a tough job.


I got to the entrance of the Rockingham Rail trail a little past 9pm.  I was really looking forward to getting off the pavement for the next 25 miles.  As I sat in a chair I realized that my feet were killing me.  My shin was killing me and I was just plain tired.  I was getting grumpy, and had long stopped even trying to be polite.  Everybody helping was awesome, offering me food, refilling my bottles, etc..  I was really glad to have them along.


Finally I headed out on the rail trail.  I had only seen the trail in the winter so I had no idea what type of surface it was going to be.  I should have expected the obvious.  It was mostly crushed stone....like a rail trail, duh.  Loni had taken over for Grant, but was riding a bicycle.  She is a great person to have on an endeavor like this.  She could tell when I didn't feel like talking and was content enough just riding with me.  When I did feel like talking the conversation flowed easily.  I was psyched to have the protection of the Hoka shoes on this surface and knew I had made the right choice with wearing them.

Unfortunately after a couple of miles we came upon an area that was completely flooded out.  There was no way around it.  I didn't know what to do because the Hokas are terrible when wet.  They don't drain well.  Until now my feet had been dry all day and I had no blisters.  Hindsight being 20/20 I should have just ridden Loni's bike across or even taken my shoes off.  But I just dove in and walked through it.

It wasn't 5 minutes later that the blisters started.  Now I was getting bummed out.  I still had about 40 miles to go and needed to do something to make sure they didn't become a problem.  But I really wanted the protection of the Hokas.  At this point there was nothing that I could do.  In a couple of miles we saw the crew at one of the road crossings and I changed shoes.  But here is where I made a stupid decision.  Since I was worried about blisters I put on my best fitting shoes, the new New Balance MT110's.  They fit awesome, but offer almost no cushioning or protection.


As soon as we headed back out on the trail I knew I had made a mistake.  I decided to just suck it up and thought that things would get better as I adapted to them.  I felt every single rock on every single step.  Now my feet hurt really, really bad.  No, I mean really bad.  I slowed down for a bit, walking more than running.
Josh had joined me and Loni at the last stop and once again our conversation had lifted my spirits.  I decided to put on my music.  As soon as I did I felt better.  I took off and caught Josh by surprise.  I was singing and they were laughing at me.  Josh and I did a rendition of The Greatest Song in the World by Tenacious D.  It was ironic because Sherpa John and I had sung the same song on our first RANH.

As Josh and Loni were commenting on how I had come back to life I explained to them that this is usually what happens to me in a 100 mile race.  But in a unfortunate prediction of what was to come I also said, "who knows, I feel good now but I might blow up spectacularly not that far down the road".  About a mile later I was walking again.  My feet started hurting so badly that I was shuffling along extremely slowly.  I was looking at the side of the trail for a place to sit.  All I wanted to do was to get off my feet.

I started getting really impatient.   Josh had been calling ahead to the crew truck to find out how much further we had to go before we could see them.  I had to get out of these shoes.  I looked at my watch and couldn't believe how short of a distance I had gone in the last hour.  Finally we came to a place that I could sit.  The pain in my feet was incredible.  Grant biked to us from the truck with my Brooks Pure Grits, which I had used earlier with a lot of success.


After a short break and the change of shoes my feel felt better, but I was still moving slowly. I was also freezing because I had slowed down so much. At 1:15am we saw the support truck again.  It had taken me 4 hours to go 11 miles, but in my sleep deprived brain I did the math wrong and thought that it had taken me 4.5 hours to go 5 miles.  That was enough for me to feel overwhelmed.  I got into the warm truck and tried to stop shivering uncontrollably.  After a few minutes the crew checked on my to see how I was doing.  I told them that I was done.  80 miles was a good day and I felt fortunate to have the opportunity to run all day with the help of my friends and family.

I didn't feel bad at all about calling it quits at that point.  I had achieved exactly what I had been after.  I was looking for an adventure and to see NH in a way that I had never seen it before.  Not only did that happen, but I was once again reminded how much love and support I have in my life.  You just can't be in a bad mood or upset when you have that.


Last Saturday night, at midnight, Josh, Leah, Loni and I drove out to the place where I called it quits and finished the run.  It took five and half hours to go the last 28 miles and I had an incredible time running through the night.  As I watched the sun rise over the ocean I was again overcome with how fortunate I am to have the friends and family that I do.  Thank you to everybody who helped me during my Potentially Painful Summer.

Great report Nate. What an adventure. Those pictures were amazing. We have nothing like that in rural Utah. If I did that in Utah i'd just have one repeating picture of a cow and tumbleweeds. Nice job man.

Way to go Nate. Get R Dun next year!