What am I trying to prove? 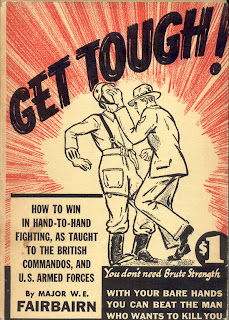 As I was sitting on the porch tonight enjoying a Cigar and talking with Amy I had a mini-epiphany.  We were talking about eating habits and I was trying to explain my (relatively little) understanding of neural associations to her.  I was saying that sometimes the tiniest event creates a small neural association and if that association gets reinforced it eventually becomes a habit, identity, etc.  As it continues to get reinforced it becomes a defining characteristic of that person until that person recognises it and chooses to change that association (if they want to).  It is a more technical way of looking at addictions or habits and sometimes it helps me recognize behaviors that I'm repeating and helps me understand what is happening.  It is also very empowering knowing that there is a technical/physical phenomenon taking place and it is not all based on emotion.

As we were talking I said to her "something that I have never gotten over is that I don't think that I'm tough enough".  It hit me at that moment that it might be why I run Ultras.  And even though I can run and suffer through 100 miles at a time I still don't think I'm tough.  I know a lot of people that are a lot tougher.  I admire people who have the ability to triumph in the face of adversity.  I admire people who can push through lots of pain.  I've never really considered myself one of those people. I'm still trying to prove that I'm tough.  More than anybody else, I'm really trying to prove it to myself.

As we talked more it came out that I was picked on a lot when I was growing up.  I've always chalked it up to part of growing up.  Doesn't everybody get picked on?  I wasn't even five feet tall when I turned 13.  I was always really skinny.  And even though I rode my bicycle a million hours a day and was in very good shape, I never pictured myself as strong.

On an almost daily basis my neighbor beat me up.  He was a big lug of a kid who didn't know his own strength.  For the most part I could handle the actual physical pain, although I sure as hell didn't like it.  The part I've never gotten over is the emotional part.  He used to do things like pin me and then push his thumb into my eye.  Not being able to defend myself was always the part that got me so pissed off.  Feeling like a pussy is not fun.  Looking  back at it now it makes perfect sense why I have to be the boss.  I learned through those early lessons that I don't like not being in control.   Those closest to me know that the one thing that completely drives me insane is when I feel like I'm being taken advantage of.  Before tonight I've never put the two together.

As I head into the last two runs of the Potentially Painful Summer, the Bear 100 in three weeks and then my 124 mile run across the state I know that I still need to prove to myself that I am tough enough.  When things get hard I'm going to think of my neighbor.  I'm going to think about how he would be doing if he was attempting to run 100 miles.  And I'm going to be tough.

Sounds like you're not going to find out how tough you are through running 100s Nate.. You've trained yourself to a level of fitness that prevents you from experiencing the discomfort...

My prescription... THE DEATH RACE.

Harden the fuck up.. quit making excuses of why it's a bad idea. and just sign up.

"Nate would run this hill"